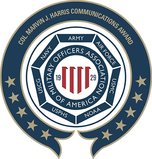 One Powerful Voice
Making a Difference in Ohio and the Nation
The Military Officers Association is an independent politically non-partisan organization operated to benefit members of the uniformed services, their families and survivors. With over 380,000 members nationally it has been a strong voice in influencing legislation that resulted in TRICARE for Life, Combat related Special Compensation, Elimination of SBP 'Widows Tax', Concurrent Receipt, Guard/Reserve TRICARE and improved funding for school districts that serve military children just to name a few.
In Ohio, the Dayton Area Chapter joined with the five other chapters in the State to influence legislation to exempt military retirement pay from State Income Tax and we are working to improve license portability for both the service member and their spouse. However it is not always about legislation.
Check out the new information under MOAA/Services Resources. Just Click on the box and it will take you to the relevant information. Also visit the Legislative area for the latest MOAA National Initiatives.
Proudly powered by Weebly